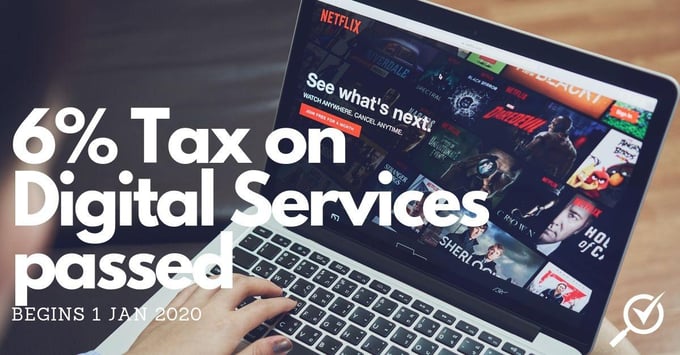 Remember the Digital Tax mentioned in the tabling of the 2019 Budget? The bill has now passed in the Dewan Rakyat. The tax is set to be imposed on foreign digital service providers starting 1 January 2020.

Deputy Finance Minister Datuk Amiruddin Hamzah explained that the upcoming digital tax has a lower rate than that of other countries. He cited several countries as an example; Russia at 18%, Norway at 25%, and New Zealand at 15%. Digital service providers should not have any issues with the 6% tax and they are expected to foot the bill for it.

Will prices of Netflix, Spotify, and Steam (among others) increase?

As stated, the deputy finance minister is expecting the digital service providers to pay for the additional 6% tax, though there is no final say on this.

However, should the taxes be charged onto the users, these are pretty much the prices we are expected to pay for Spotify and Netflix (based on our assumptions):

As Steam does not have any subscription fee, we are not sure how the tax on that may work.

It is interesting to note that our Spotify subscription is significantly cheaper than in the US, where it is USD $9.99 per month, which converts to a whooping RM40.90. You can read about that here. Outside of taxes, Netflix is set to increase in price for all subscribers in May, roughly up to 18% for all the different tiers.

What do you think - Will the 6% digital tax affect your digital consumption starting next year? Let us know!