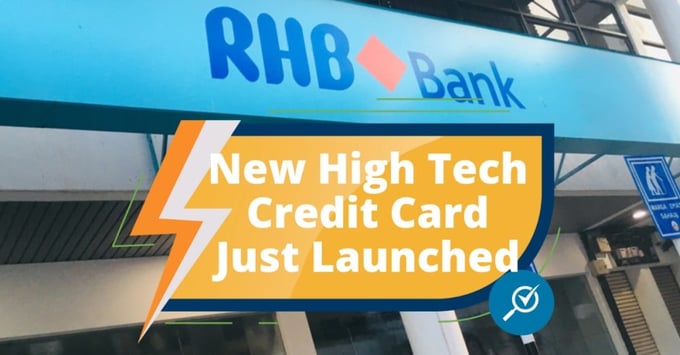 Acting head of retail banking, Nazri Othman said RHB expects its new credit card issuance to increase by 15 per cent annually with the launch of the high-tech credit card -- the first of its kind in Southeast Asia.

“The static CVV code printed on the back of today’s credit cards is replaced with an e-paper mini-screen, which displays a dynamic security code,” he said at the launching of the card here today.

He said the technology is set to prevent credit card fraud and hackers from accessing important data and disrupting transactions.

“According to a 2018 report by Bank Negara Malaysia (BNM), the majority of payment card fraud cases in Malaysia involved credit cards, which accounted for 92.1% of total fraud losses,” said Nazri.

He said most of the cases were card-not-present (CNP) fraud such as unauthorised online transactions using stolen PIN numbers, CVV code and identity theft.

“In our pursuit to provide superior experiences for our customers, the RHB Rewards Motion Code Credit Card creates a secure space for our customers when making financial transactions,” he said.

Introduced in partnership with IDEMIA, an augmented identity solutions provider, the card relies on a complex algorithm to automatically generate a new code, and does not require any disruptive process such as the installation of a plugin or having to key in additional data.

This technology relies on a complex algorithm to automatically generate a new code, and does not require any disruptive process such as installing a plugin or having to key in additional data. Currently, RHB has about 500,000 credit cards in circulation and targets to issue 21,000 new RHB Rewards Motion Code TM credit cards per year. Customers will also receive a waiver of annual fees on the first year.