Resolve Your Financial Complaints For Free With The Financial Mediation Bureau!

Have you ever experienced that gnawing feeling when you have been waiting to find out if your financial dispute against a bank or insurance provider (financial services provider) has been successfully resolved? At some point you would have probably wondered:

But more often than not in the past, we found ourselves chasing rainbows in our efforts to resolve our complaints and disputes against our financial service providers in Malaysia.

What Is The Financial Mediation Bureau?

Having commenced operations on 20 January 2005, the FMB is a non-profit organisation whose membership has grown to include 100 financial institutions that are licenced by Bank Negara Malaysia. The need to establish this independent and impartial body is clear, as in 2015 alone, FMB has received a whopping 10,323 of enquiries and complaints in 2015, out of which only 1,707 cases fell under the jurisdiction of FMB.

Jeremy Lee, CEO of Financial Mediation Bureau, when speaking to CompareHero.my, cites that growth of awareness has been healthy, as more of the general public is becoming aware of their services. “We do conduct road shows with our members which are the banks and insurance companies licensed by BNM to make the general public aware of our existence and services,” he explained.

How Does FMB Help Resolve My Disputes With Financial Services Providers?

As an alternative dispute resolution channel for financial consumers in Malaysia, FMB will act as mediator between yourself and your financial services provider. “Given our role as an independent and impartial mediation service, it is necessary that the complainant raises their dispute first with their financial services or insurance provider. Once a decision letter has been issued by the provider, and if the complainant is still unhappy or dissatisfied they can then submit an enquiry to us. It is important to also note that the complainant has up to 6 months from the date of the decision made by these providers to file a case with FMB.”

Therefore, if you are still dissatisfied with your financial service provider’s rejection of your financial claims or the claim amount offered by them, you can reach out to FMB. Below are the products and services which consumers can seek help for: 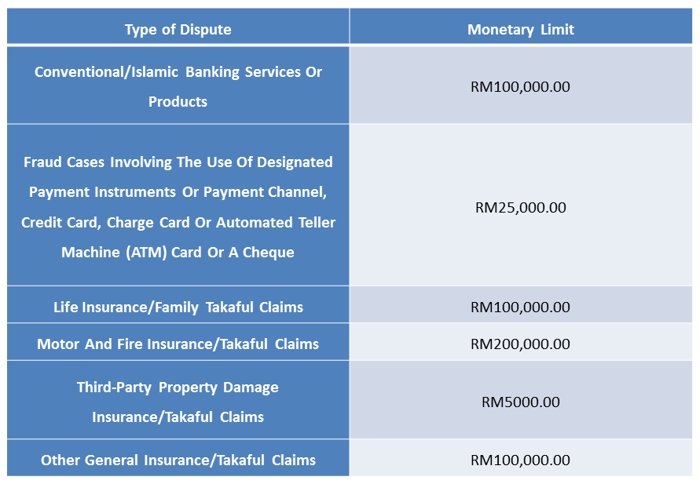 What if my complaint is not listed above?

Do take note that FMB does not accept any complaints in regard to the service levels, general pricing or product policies of its members. FMB’s focus is on resolving disputes with regards to claims and monetary disputes between consumers and financial service providers arising from Insurance/Takaful or Conventional/Islamic Banking transactions.

Here are some of the disputes which are outside of FMB’s jurisdiction:

That being said, should you have any issues or disputes with your financial service providers’ after-sales service, inefficiency, credit decisions and etc., you should contact Bank Negara Malaysia’s BNMTELELINK service via 1-300-88LINK (5465).

How Does FMB Operate?

“The way we work relies on the documentation provided by the complainant when they submit their case to us. We mediate solely based on documents provided by both parties involved in the dispute. Should a consumer intend to contest the decision made by a financial service provider, they may use the decision letter given to them by the provider to directly contact the FMB. In each decision letter, there is a clause that states the contact details of FMB so that you engage us as an alternative dispute resolution channel.”

How Long Does It Take And How Much Do I Have To Pay?

FMB’s services are completely free to the public, as financial consumers do not need to engage a lawyer to represent them during the mediation process. FMB endeavours to solve all cases that are filed with them within 3 to 6 months based on the complexity of the case and provided all completed documents required for the mediation are submitted. This also includes the complainant filling in the consent form for the financial service provider to release any required information or documents that are related to the case to FMB.

What if I am not satisfied with FMB’s decision?

“Upon mediation and once a decision has been made by FMB, it will be considered as final within the FMB as there is no appeal process for FMB’s final decision. However, the option of filing a case with the Court of Law is always open to the consumer. The public should also be aware that these financial service providers who are FMB’s members are also bound by FMB’s decision. We are impartial, fair, reasonable, and independent as we are regulated by our Terms of Reference,” added Jeremy.

What Lies Ahead In The Future For FMB And Malaysian Financial Consumers?

“As FMB’s growth becomes more prominent, certain exciting changes are underway which is expected to make FMB more regulated, and will see FMB running the operations of the Financial Ombudsman Services in Malaysia. These are all the greater plans which we have and will reveal in due time”.

In conclusion, BNM’s efforts to encourage accurate, timely, and efficient complaints handling by the financial service providers brought about the creation of FMB. In a world where financial service providers are more focused on building resources in marketing and pre-sales, this has proven to be a great initiative as more and more people are aware that their rights and voice is heard thanks to the efforts of FMB.

For Malaysian financial consumers who wish to find out more about FMB’s services, processes, and how to submit a case, you can visit their website here. Case studies are also available for reading on their website to further comprehend the nature of their services. 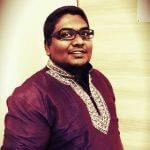 Martin Arul is a Content Writer, apart from managing Customer Relations and Social Media for CompareHero.my. He is a passionate individual who strives to educate the general public on their rights as a consumer. When he is not working, he enjoys cooking, and is often found in quaint little coffee shops trying out various coffees. His love for coffee is undeniable! 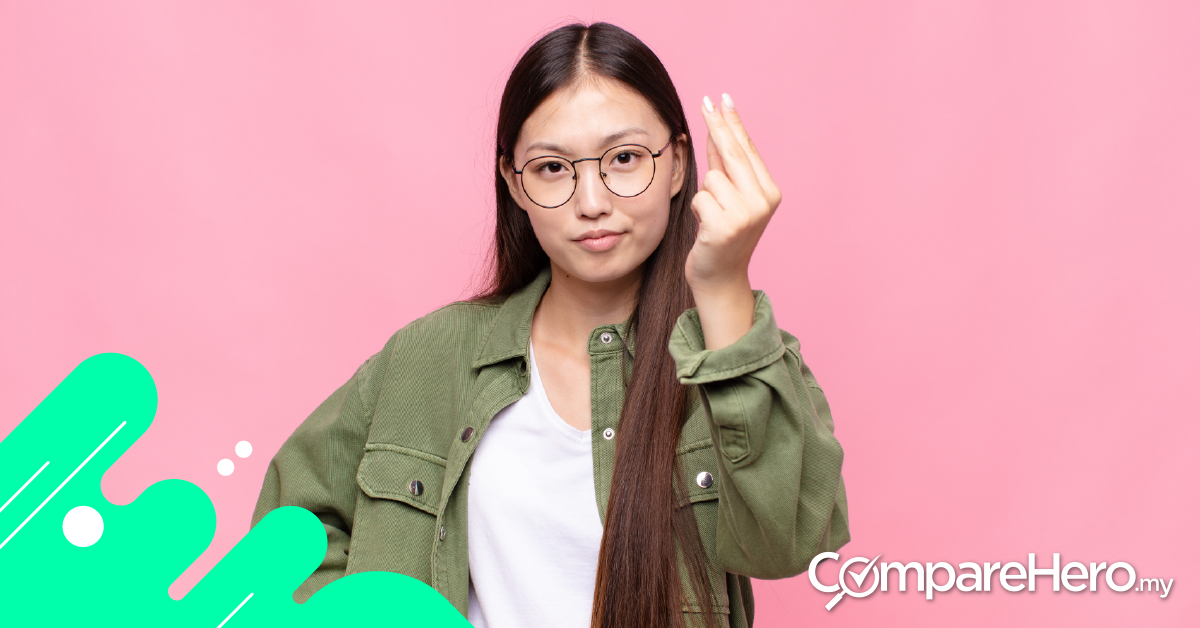 What Is Lifestyle Inflation & Why It Could Make You Poor! 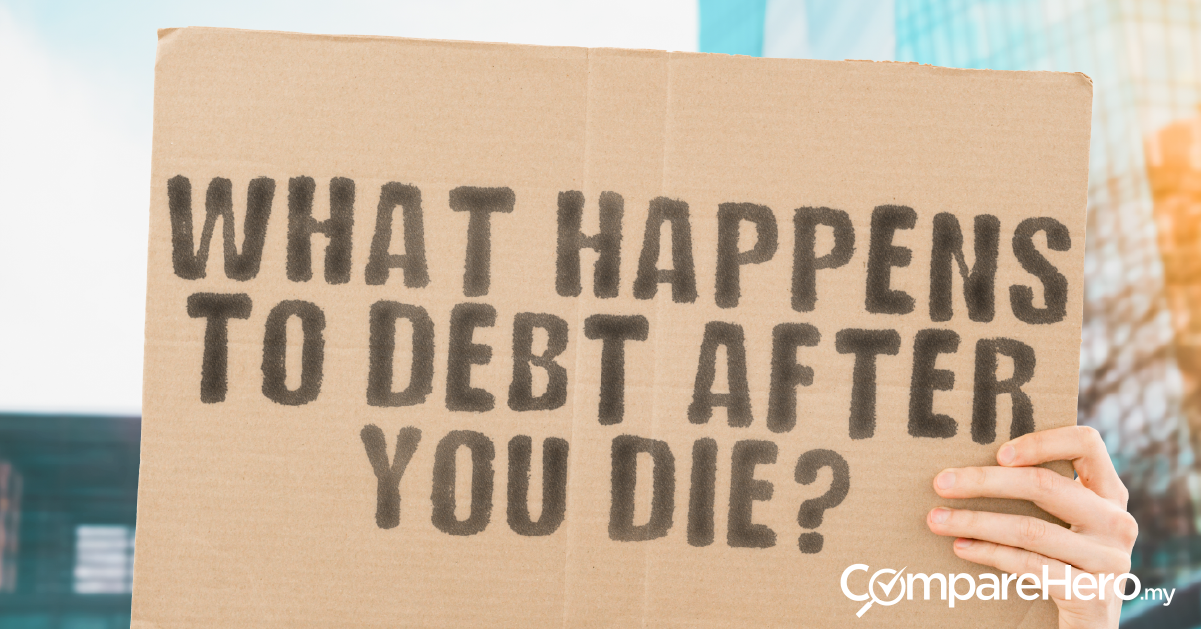 What happens to our debts when we die?

4 Ways To Keep Your Family Financially Protected After Your Death