According to TradingEconomics.com, Malaysia’s labor force participation rate is about 67% as of April 2016 where 14.2 million people are employed out of the total of 14.71 million. With the gloomy economy dragged by the oil price crash and a series of multinational corporation budget cuts which led to high number of retrenchments in Malaysia last year.

To recap, a total of 38,499 workers were retrenched in 2015, inclusive of normal retrenchments as well as voluntary severance schemes. This is the highest record of retrenchment over the past five years. Most workers retrenched in 2015 were from the finance, insurance and Takaful sectors totaling to 17,628 workers.

Aside from that,  it was also reported by AsiaOne Business that 10 industry players in the local oil and gas sector have outlined plans to slash at least 2,700 more jobs early this year. Out of the ten, Shell Malaysia is on top of the list with a projected 1,300 job cuts in two years. Seven of the remaining nine plan to cut between 80 and 600 jobs each.

See also: Pick Up These Skills to Embrace the Digital Era

Hence, to protect employees who face risk of retrenchment, the Malaysian government launched an employment insurance scheme on 27 October this year. The insurance scheme, which will be administered by the Social Security Organisation (SOCSO), seeks to provide temporary financial assistance for up to six months to workers who are retrenched

Under EIS, employees who are retrenched will be given a portion of the insured salary from the 0.4% monthly contribution. Employers must contribute 0.2%, while employees will contribute the remaining 0.2% under this new law.

The contributions will be on a fixed rate based on the employees' salary. Monthly contributions start from 10 sen for workers earning RM 30 a month, while the maximum amount of contribution is capped at RM 59.30 for those earning RM 4,000 and above.

Laid off employees who will be able to claim a portion of the insured salary for a period of between three and six months. For example, under the job search allowance, an unemployed worker can get 80% of assumed monthly wages for the first month, 50% for the second month, 40% for the third and fourth months, and 30% for the fifth and sixth months.

All organisations and companies with one or more employees must comply to this new rule. Failing which, employers may be slapped with a fine not exceeding RM 10,000 or imprisonment for a term no more than two years, or both, upon conviction. Retrenched workers will also be entitled to job training for re-employment.

This new bill is set to protect those with jobs that have higher retrenchment risks from volatile currency, commodity and bad economy such as oil & gas industry two years ago. Hence, we highly encourage Malaysians to always look for ways to diversify their income such as part-time jobs or starting up their own business.

See also: Earn Money in USD Through These 10 Freelance Platforms Pet insurance plans in Malaysia for your furbaby

5 Steps To Get A Suitable Insurance Policy For Yourself 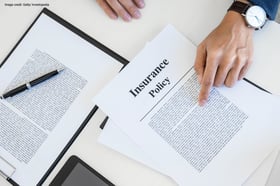 4 Reasons Why It's Important To Have An Insurance Policy