The Newly-Opened DASH Highway Is Toll Free Until Nov 30 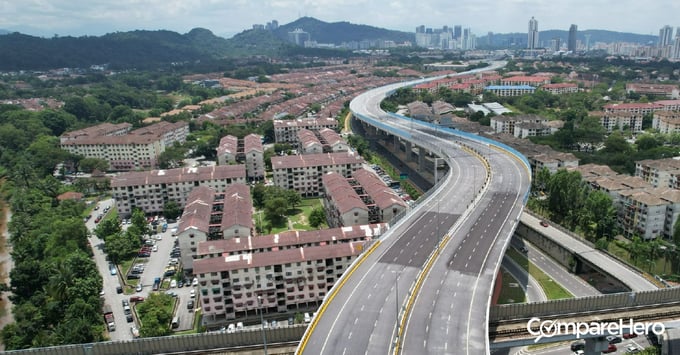 Planning to use the newly-opened Damansara-Shah Alam Elevated Expressway (DASH)? Here’s some good news - from today till 30 November 2022, you’ll enjoy toll free-rides on DASH! This was announced by Caretaker Prime Minister Ismail Sabri Yaakob during the launch of the expressway.

The DASH Highway stretches for 20.1km and connects Puncak Perdana, Shah Alam to Penchala in Kuala Lumpur. It has 13 interchanges along its route and three toll plazas, namely Denai Alam, RRIM (Kwasa Damansara, and Kota Damansara.

“DASH will become an alternative route for motorists on the west side of Shah Alam to travel to Kuala Lumpur, which will reduce congestion and commuting time more effectively,” Ismail Sabri said.

Not only that, toll fares will also be reduced on 20 October 2022 on four highways under Prolintas.

Lower toll rates on LEKAS and BESRAYA from January 2023.

Similarly, lower tolls rates will be offered from January on the Kajang-Seremban Highway (Lekas) and the Besraya Expressway under IJM Corporation Bhd

In a statement, the works ministry said the new toll charges are being finalised. Adding to that, the government will be able to save RM8.8 billion in compensation to highway concessionaires with a planned extension to the concession period.