Do you buy a House or Car first? [RESULTS]

That’s a question most Malaysians ask when they’re financially-able to consider these “big” items. We put out the survey a few weeks back asking our readers what they would buy first and thought we’d share the results. Before you click to read, which do you think it’ll be? House or car first?

We started this little survey because of some research on house and car prices (as some of us were looking around) in Malaysia, knowing that the former’s increasing, and the latter’s highly taxed. With discussions among ourselves on which people would buy first, we decided that we should ask our readers instead. The result? We’re rather surprised.

However, do keep in mind that the number of our readers who participate in the survey do not represent the entirety of the Malaysian population and serves as just a little insight.

Who are our Participants? 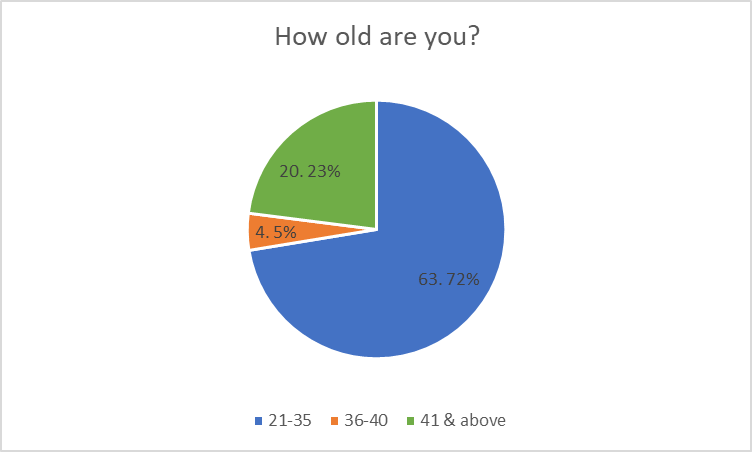 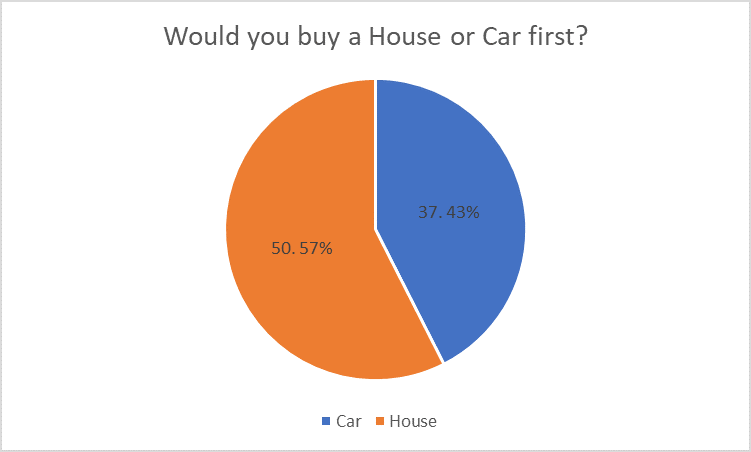 The results are of a surprise to us. Did you already make a guess on what would our participants going to buy first?  It’s a house!

Most participants stated that they would prefer buying a house (57.5%) over a car (42.5%). In the survey, we asked participants to explain their choices and there were several different reasons, though eight persons didn’t explain their choices. While the reasons given were slightly varied, there is a very common theme among all the responses for both choices respectively.

Why buy a Car first? 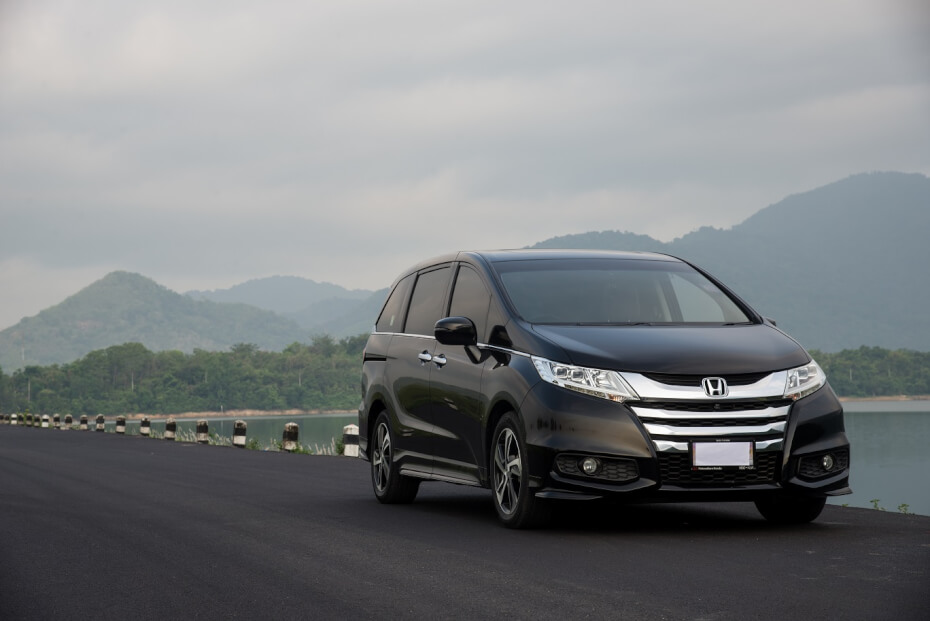 There were some who also suggested that either buying a car or house should be based on affordability and needs; sometimes even a second-hand car will do. One participant even stated that a house can be bought at a later time as a shared purchase with family members (or spouse).

It is interesting that our participants look at owning a car on a very “needs” basis; needing proper transportation to go to work or to get around because of the lack of public transportation. It is interesting because there are many assumptions that most people in Malaysia purchase a car for the sake of lifestyle and "face".

A few of the responses stated that they would buy a car first because it’s much more affordable than a house; this is very true, but it is very important to keep in mind we should always look at the affordability and needs of our own before we commit. Alternatively, second-hand cars aren’t a bad idea either.

If you're truly looking to buy a car and not sure how much you should spend, please read this to get a little idea on how to gauge your affordability: How much to spend on a car in Malaysia

Why Buy a House first? 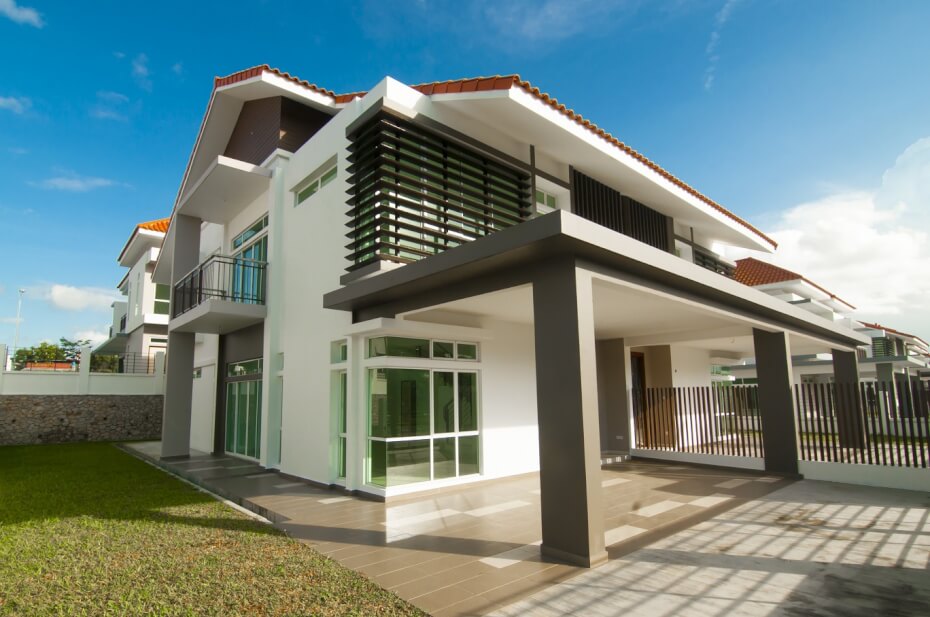 Most of the participants of the survey gave several different reasons on why they would choose to buy a house first, such as wanting a place of their own, for their families, and wanting to start their 30+ year-loans earlier (most of those who preferred to buy a house first are from the 21 to 35-year age group).

The most prevalent reason of buying a house however, is for the sake of investments. The participants explained that they would choose a house as an investment because of reasons such as the depreciating value of cars, the rising prices of homes, and that a house’s value will increase in time. Two other participants shared that a car is currently unnecessary for their needs.

While it was expected that most at the younger age would opt for a car first, it was rather surprising to see just a slightly higher number in the same age range (21 to 35) to opt for a house instead of a car. What mostly concerns me, however, is the reason that most of the participants want a house for.

See More: 9 things you should know before investing in property

A house, as we all know, is a shelter, and functions as pretty much one of the immediate needs of a human being. The prices of houses in Malaysia, on the other hand, is becoming incredibly difficult for people to afford. Instead, most are opting to rent, which is fine if the persons needs are met.

Unfortunately, most people don’t seem to be seeing housing as a shelter that they would need, but instead they’re looking at it as a means for investment. What could result from this is that the more well-off will be buying up “affordable” homes as a form of investment, leading to a shortage of these homes for the lower-income people.

Fortunately for those looking to really buy their first homes, there are PR1MA housings that can help you, so as long as you fulfil certain requirements, such as having a household income between RM2,500 – RM15,000 monthly.

It is quite fascinating to notice the difference in the main reasons why people would opt for either a house or car first. The main reason for the car choice was very much on a “needs” factor, where transportation is an important tool getting to work and also as a part of work.

When it comes to housing, on the other hand, the main reason is very much on having properties as investment. I don’t deny that having investments is important in ensuring that we have financially-secured futures, but a nagging feeling tells me that the “investment”-focused approach towards house-buying isn’t the right way to do it.

5 Things You Should Know Before Buying Your First House

What Is The Minimum Salary To Afford A Housing Loan In Malaysia?