PM urges employers to pay employees a minimum of 1,500 monthly 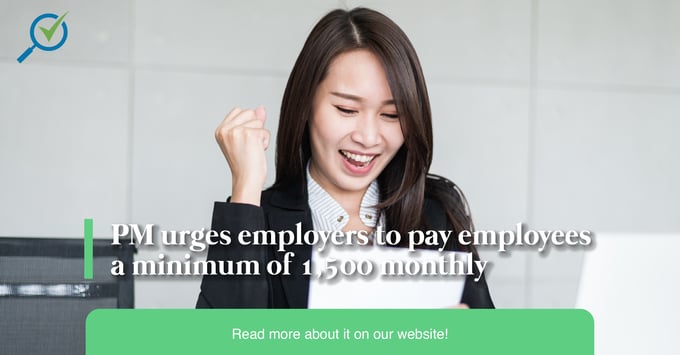 During the launch of the Government-Linked Companies (GLC) Open Day 2022 last Friday (11 March), Prime Minister Datuk Seri Ismail Sabri Yaakob said that all companies in the private sector should pay a minimum monthly salary of RM1,500 to their employees.

“Realising the challenges faced with the increasing cost of living, the government has ensured all public servants receive a salary and allowance amounting to at least RM1,500 monthly. Similarly, we urge companies in the private sector to do the same as a means to help, especially those from low-income groups.” said Datuk Seri Ismail Sabri.

Datuk Seri Ismail Sabri also took the chance to encourage listed GLCs to have at least 30% participation of women in the board of directors come their annual general meeting next year. This aligns with the announcement by the government in Budget 2022 that all listed companies are to have at least one female director before June 1, 2023.

“We need to continuously recognise the role women play as leaders and important contributors to the advancement of socioeconomics and prosperity of the country.'' he added.

Aside from that, he similarly noted that all listed GLCs should implement medium-term goals to help Malaysia become a carbon-neutral nation by 2050.