Budget 101: How to Make a Personal Income Statement

Many of us know that it is smart to keep track of our finances and have insight into how and where we are spending our money, but how many of us actually do it? Where do you start? Over the course of this series, we will introduce you to a few straightforward financial concepts that will help you get a grip on your finances. So, for everyone who is slightly scared to take a look at their bank balance, by all means, keep reading.

In most countries, publicly listed companies are required to produce three financial statements as part of their accounting disclosure. These financial statements are the Income Statement, the Statement of Financial Position (commonly known as the Balance Sheet), and the Cash Flow Statement. In this first part of the series, we will explain the Income Statement and explain how you can personally use it to gain more insight into where your money is coming from and where it is going.

To show you how to use an Income Statement for your personal use, we are going to follow a regular guy, let’s call him Aiman. Aiman is 29 years old and works as a sales executive at a major bank. He recently met a nice girl who really loves for Aiman to take her shopping. He really likes her, but with all that shopping going on, he is unsure if he can afford to keep dating her.

To ease his mind, Aiman wants to gain a little more insight into what his biggest expenses are. By a stroke of luck, he found an interesting article online about how to make a personal income statement. According to the article, an income statement can be divided into three parts: income, expenses and net profits.

For Aiman to construct an income statement for the month of January, he first has to determine how much money he has from his various sources of income. Most personal income is obtained through either wages you receive for work, rent you receive from owning property, interest you receive from savings, government benefits or dividends/capital gains from your investments. Sounds straightforward enough! After a bout of number crunching, Aiman comes up with the following information.

With this information, he is able to construct the first piece of the Income Statement, the income section.

Aiman’s total monthly income of RM5,002 does not mean that Aiman’s bank account will increase by that amount in January. The purpose of an income statement is to determine if you have a combination of income and expenses that are profitable. It is not meant to give you any insight about your cash balance. If for example, you wanted to know if next month you have enough funds for a large purchase that you don’t usually make, you will be better off by constructing a personal Cash Flow Statement, which we will explain in the third part of this series.

After Aiman has listed all his sources of income, he has to make a list of all his expenses during the month. He has to go through his debit and credit card history for the month and relate each withdrawal or charge to the expense that it relates to. He only has to list the ones where the good or service was consumed or used in the month of January, otherwise, the expense would relate to a different month. For example, a bill he paid in January for the electricity bill of December should not be listed on the Income Statement of January but on the one for December.

This may seem like a bother, but once you have done it 2-3 times you’ll start to remember the amounts and you can realistically estimate any given expense category for the month. Some banks give you extra insight into your debit card history and will allocate your withdrawals to a category automatically. Check out your online banking account and see if your bank does this, it can save you a lot of work, for instance, the M2U Planner via Maybank2u. If not, go over here and install one of the budgeting apps to help you sort your expenses into categories.

With this information, Aiman is able to construct the second part of the income statement, the expense section. As mentioned before, lump sum payments that are a combination of monthly payments need to be divided and traced to the month you consumed the good or service. For example, the insurance payment in November, or the gym membership payment in October have been paid in other months, but they grant you access to a good or service in January. The cost associated with that access should, therefore, be allocated to January.

Alright, now we are getting somewhere! With both the income and expense section done, Aiman can start to assemble the complete income statement, by combining the two sections and calculating his net result for the month of January, by subtracting his total monthly expenses from his total monthly income.

The Income Statement gives you a straightforward overview of the monthly, quarterly or annual income and expenses. If you want to use an Income Statement, the best way is to do it is monthly, and at the end of the year combine all your monthly statements to produce your Annual Income Statement.

Once you have assembled all three parts of the income statements, don’t think you’re done! To really get some insight into your spending trends, you can calculate each expense as a percentage of your total income.

By looking at your expenses as a percentage of your income, you have a handy number that you can compare across months, and you can see how your expenses behave relative to your income. This is especially useful if your monthly income varies month-to-month. You can also use this percentage to predict expenses in future months. For this to work, the expense has to have a strong correlation with your income.

This is a professional way to look at your expenses and is commonly referred to as the ‘percent of sales method’. Well, since you’re not selling anything, you can just write ‘percent of income’ in your spreadsheet.

From here, Aiman can draw some well-supported conclusions.

Living with a negative net result is probably more common than you think, you might not even realise that you are until you construct your own personal Income Statement. There are several financial products and services that could allow you to maintain a negative net result for extended periods of time, (personal loans, credit cards, etc.) but this is generally not a good idea. If you have a negative net result, your first choice should always be to cut down on your spending.

We hope that this guide has given you some insight as to how you can personally use an income statement to get a better handle on your finances. In the next part of this series, we will take a look at your assets and liabilities through an in-depth guide to your personal balance sheet.

To help get you started, use our downloadable Personal Income Statement template and key in your income and expenses! The sheet will auto-calculate your net income and help get you on your way to budgeting your finances. Download here.

Infographic: Are You Living Beyond Your Means? 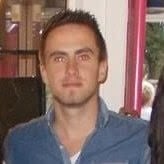 Jesse is a Guest Writer at CompareHero.my. A business student with a passion for finance and football, he is interested in new cultures and stepping out of his comfort zone.

CompareHero.my strives to empower Malaysians with financial literacy and the tools to make better financial decisions in life. Find and compare the best credit cards, and personal loans on CompareHero.my today.