6 Reasons Why You Should Never Take Loans From Loan Sharks 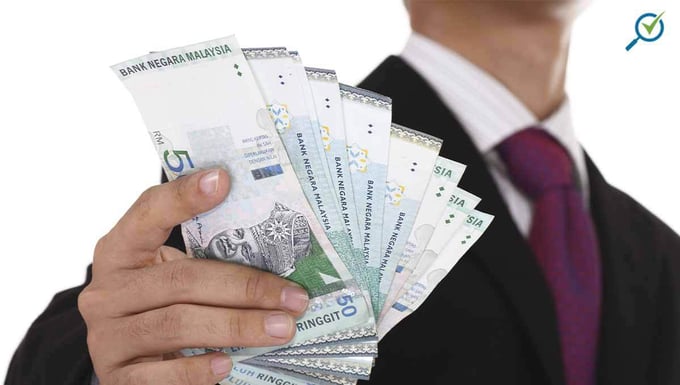 Loan sharks or ‘Along’ as they are popularly known amongst Malaysians, are illegal money lenders that usually target the desperate and the poor.

They’re known to tempt and lull you into a sense of security by being friendly and helpful at first, offering you financial help when the banks would not accept your loan application - due to poor credit rating or if the amount requested is too low.

But the money that you borrow will come at a very high price, not to mention risk. You may think that it won’t be so bad if you’re only borrowing a small sum of money and intend to make the repayments within the shortest period of time possible, but it doesn’t work that way with these illegal money lenders. Here’s why:

Have you ever heard of the term ‘sepuluh-tiga’ or ten-three? Those who are within the inner circle of the money-lending community understand this term well, as it refers to the percentage of interest charged to the borrowers. Sepuluh-tiga interest rate means RM3 interest will be charged on every RM10 that you borrow from the money lenders, which translates to 30% interest rate per MONTH. That’s a whopping 360% interest per annum!

To give you a clearer picture on the ridiculous sum that you’ll have to repay them, let’s say you borrow RM1,000 from the Along, you'll have to pay RM300 per month for interest alone. That means that by the end of the year you’ll be paying RM3,600 JUST for interest, and at the end of a 12-months loan tenure you’ll be paying RM4,600 to repay the RM1,000 that you loaned. Still think it's worth a try?

Alongs are also cunning in their 'marketing', they have introduced the concept of daily interest on small loans – usually taken out by the poor and most desperate group of people such as laborers, farmers and even small-scale hawkers. This daily-based interest in known as ‘hari-hari’ loan among the locals, which literally translates to ‘every day’.

Borrowers are usually attracted to the ease and simplicity of the loan application process, and the fact that they don’t have to go TO the loan sharks to make their daily payments. The loan sharks employ ‘collectors’ who make daily rounds to collect the daily repayment, and whether or not you have the money to make the payment is quite another story.

The sad thing is these low-income borrowers often find themselves stuck in the never-ending interest game played by the Alongs as it drags them deeper into the pit of debt.

Related: Manage Your Debts In Malaysia For Free With AKPK

Unlike the banks and other governed financial institutions, loan sharks do not necessarily have clear and detailed terms and conditions before you sign the loan agreement, simply because they can. You’re never really sure about the additional fees and charges that might incur if, say, you miss a payment. Sure, they might tell you verbally before you sign the agreement that the fees and charges are minimal. Or that if you have any problem with the repayment, you can always discuss the situation with them, and you’ll happily sign the agreement thinking that these are the nicest bunch of people you’ve ever met.

This simply couldn’t be any further from the truth. Just like banks, Alongs are known to charge penalty interest rates and surcharges if you pay late or miss a payment, except that the amounts are usually much higher than what a bank might charge. Besides, as long as the terms are not in black and white, the loan sharks can change the rules and interest rates anytime, anyhow they want.

Your passport, bank cards, even your NRIC will often be kept by the loan sharks as a ‘security deposit’ to ensure that you will continue paying for your loan, even if this practice is illegal. This is one of the illegal safety measures taken by the loan sharks to guarantee that you won’t be running off to some other part of the country – or world – before settling your debt with them.

Your personal identification documents are yours by law, and can only be detained by the law enforcers for legal matters only. Your personal information should be protected at all costs to avoid cases such as illegal identity duplication or identity theft. Trading your passport or NRIC for a loan is NOT worth any amount of money, as they can easily abuse your personal details without you knowing it.

4. No option for full settlement

Loan sharks rarely allow you to settle your debts in full, even if you have the cash ready in your hands. This is to keep you paying the high interest that is ultimately their profit.

5. Be pressured to take another loan to pay for the other

If you give them reasons to believe that you are struggling to repay your loan, these Alongs will pressure you into taking another loan from yet another loan shark to fully repay your first loan to ‘save you from paying more interest and charges in the long run’.

Don't be fooled, though. That is exactly how they lure you into getting entangled in a larger debt, with even higher interest.

When you are unable to repay your debts with the Along, it’s not uncommon for them to resort to threats and harassments that will eventually lead to violence. What’s worse, they won’t think twice about involving your family members in their coercion to force you or your family to make payments.

In January 2016, an elderly couple was harassed by loan sharks for months because of their daughter’s unsettled debt and even set fire to the couple's house gate. Needless to say that the news shocked the entire nation.The full coverage of the story can be found here.

In a nutshell, the best way to deal with loan sharks is to not deal with them at all. Look for legal and licensed money lenders if you can’t get a loan with banks. If things have not gone that bad yet, compare the best personal loans to consolidate your debts here!

If you’re getting a loan to settle your financial problems such as credit card debts or personal loan with a bank, contact financial advisory bodies such as AKPK and get help from professionals without having to risk your - or any of your family member's - neck.

What are your thoughts on loan sharks? Share your opinions and suggestions on why you should not take a loan with them or alternatives to loan sharks on the comment section below!

4 Situations You Should Never Get A Personal Loan For