Ramadan 2022: How To Celebrate Ramadan During A Pandemic 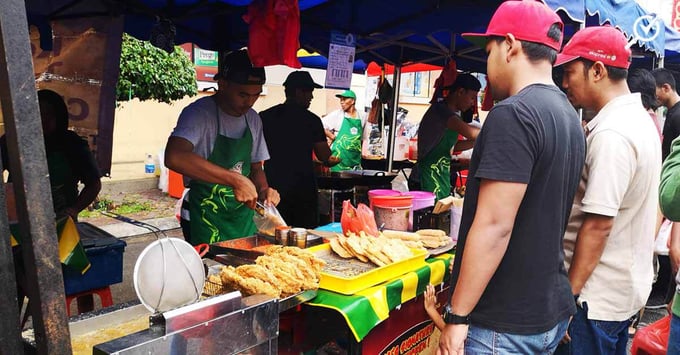 It’s that time of the year again where approximately 1.9 billion Muslims or 26% of the world’s population will be fasting for a month starting today. Healthy adult Muslims will abstain from food, drink and other impermissible or immoral acts such as smoking from fast from dawn until dusk.

In a multiracial country like Malaysia, approximately 60% of its 28 million population are Muslims—so it’s a norm to see large crowds of congregational prayers, communal feasting and other practices in this month which is dedicated to worship, charity and community.

Considered the holiest month for Muslims, Ramadan is the ninth month in the Muslim lunar calendar. During this month, Muslims are encouraged to engage in acts of worship such as prayer, reading the Quran and charity. Muslims also believe the Quran was revealed in Ramadan.

Muslims wake up early to eat a pre-dawn meal called sahur and they break their fast with the iftar, an evening meal directly after sunset when Muslims end their daily Ramadan fast. Other common rituals this month include nightly prayers called tarawih which are held in mosques after the iftar.

But of course, different cultures will have different traditions during Ramadan. One common virtue carried out throughout this month is for Muslims to demonstrate more generosity. Some exemplify this by donating to charity, share food with the needy or invite guests over for iftar.

At the end of Ramadan, Muslims will celebrate a month of fasting with a feast called Eid al-Fitr or commonly known as Hari Raya Aidilfitri in Malaysia. This is where our Muslim brothers and sisters will dress in their best clothes and give to charity.

This year’s Ramadan, which will run from today until Thursday, May 13, is expected to be a little different from pre-pandemic celebrations with the pandemic still in effect and vaccines yet to be fully distributed.

For Muslims celebrating, and non-Muslims interested in the holiday, here are some things you can do to elevate the Ramadan spirit this year.

6 ways to celebrate Ramadan during the COVID-19 pandemic 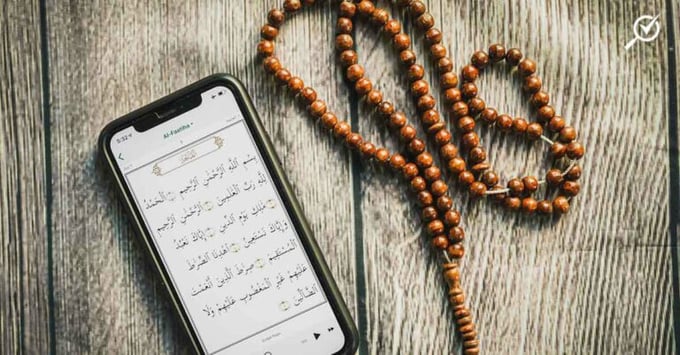 One can also experience spirituality and religion digitally via mobile apps.

During Ramadan, many Malaysian Muslims will typically return to their hometowns to break fast and come together with their families. Similarly, communal prayer and reading of the Quran with friends and family is also hugely common.

However, because of the COVID-19 pandemic, Malaysian Muslims are not allowed to cross state borders or engage in activities that involve large crowds. In fact, those trying to sneak across state borders will be issued summonses, according to Bukit Aman crime prevention and community safety department (JPJKK) director Zainal Abidin Kasim in FMT.

Furthermore, the Malaysian government will decide on whether interstate travel will be allowed for Hari Raya Aidilfitri during the month of Ramadan, according to Senior Minister Datuk Seri Ismail Sabri Yaakob. The decision will depend on the assessment made by the Health Ministry.

However, this lacking physical sense of community does not have to hinder one from experiencing spirituality or carrying out their worshipping duties. You can still stay connected with your community via digital platforms.

Check with your local mosque or community centre to see if they have any virtual events that meet your interests. Or you can deepen your religious understanding through Islamic podcasts. One such example is Muslim Central which has podcast series with speeches from well-known Muslim speakers like Mufti Menk, Omar Suleiman, Nouman Ali Khan, and Yasmin Mogahed.

Though you can’t recite the Quran together in a group, you can always form virtual Quran recitation groups with your friends and families or create one with your neighbourhood members. 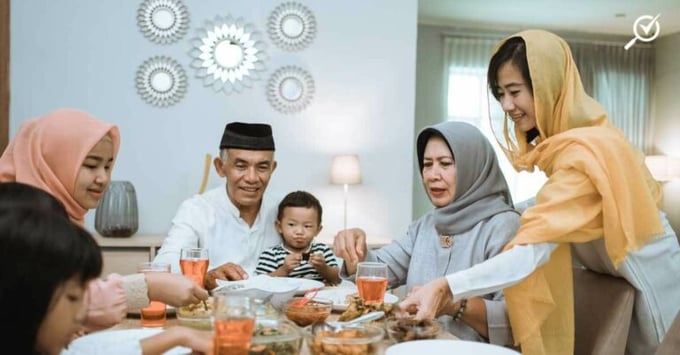 Some may have the privilege of breaking their fast together with loved ones, while others may not be as lucky because of the pandemic. If you are missing loved ones back home, you can still break fast with them via video conferencing tools.

Though there’s no harm in breaking fast with your family and friends at your favourite restaurant—as long as you adhere to the standard operating procedures (SOPs)—we still recommend you stay safe until the vaccines are fully distributed for safety precautions.

But just because you should stay distanced and keep iftar guests to a minimum (we recommend 10 the most), it doesn't mean you have to have your meals alone or without family and friends.

You could also break your fast with families from your hometown or village via video conferencing platforms such as Zoom, Google Hangouts, and Microsoft Teams. You can schedule your time with family and friends by using Calendly.

Related: Everything You Need To Know About Zakat In Malaysia

Though Ramadan bazaars are still expected to commence as usual in some states, you may or may not have the opportunity to perform tarawih prayers with a large congregation this year depending on which state and city you live in because the number of spots may be limited or on a first come first serve basis.

Though some states like Selangor and Johor have allowed Muslims to perform 20 rak'ahs of tarawih prayers in mosques and suraus during Ramadan this year, the final authorisation will still depend on the management of your local mosques or suraus.

Some local mosques such as the Masjid Diraja Tengku Ampuan Jemaah in Bukit Jelutong only allows a capacity of 1000 for male worshippers and 250 spots for female worshippers.

At the same time, the government has advised mosques and surau managements to recite short surahs or common verses, when performing the sunnah prayers.

But that’s okay! Since last year, Muslim scholars across the world have released guidelines on how to perform the tarawih at home.

Here’s a quick visual guide on how to perform the tarawih and witr prayer at home with your beloved family.

If you didn’t already know, tarawih refers to the additional ritual prayers performed by Muslims at night after the Isha prayer during the holy month of Ramadan.

Besides fasting during daylight hours, other common practices observed by Muslims during this holy month is to take part in shared meals and communal prayers, known as tarawih, or night prayers.

Extra tip: Since Ramadan is a month of spiritual growth, this is a great opportunity for Muslims to gain new habits. So if you already are in the habit of praying five times a day, you can try to go the extra mile by adding more prayers at night.

Get a prayer buddy to check in if you need someone to keep you accountable and on track with your goal. You can also use a prayer app if you need to pray around your schedule.

4. Ramadan: a month of fasting, but also giving 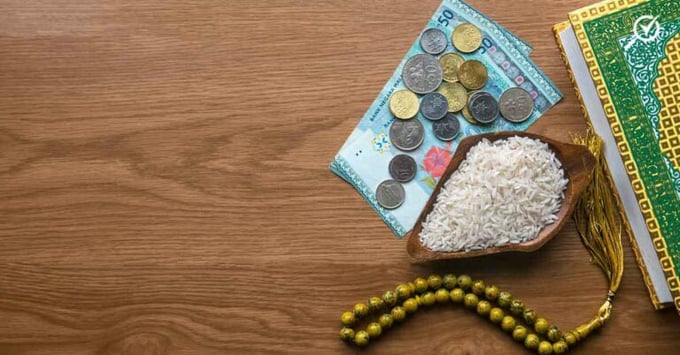 Sadaqah is a voluntary charitable act towards others.

Though giving sadaqah is important all year long; it is believed to carry even more significant value and is more rewarding in the month of Ramadan.

Sadaqah is greatly endorsed in Islam, and Muslims are advised and encouraged to share what they have been blessed with by distributing it to those are the underprivileged and underserved.

In Islam, charity is not only beneficial for those who receive it, but is also rewarding for the ones who give, and it acts as a means of salvation for them as well.

Due to the movement restrictions, Muslims may not be able to donate or give charity in the traditional sense—it’s harder for them to meet face to face with the affected groups to hand over financial and material support.

Plus, a recent directive issued by the Kuala Lumpur City Hall (DBKL) revealed that individuals and groups are prohibited from distributing food directly to the homeless people around the city centre during Ramadan as an effort to prevent waste and pollution and curb the spread of the COVID-19 pandemic.

But don’t let this discourage you as there are other ways to make sadaqah. With the technological advances in the financial sector, there are alternative and easier ways to do charity via the Internet.

And thanks to the widespread use of smartphones and tablets, fintech (financial technology) has given a new approach for Muslims and non-Muslims to help others that transcends geographical boundaries and time barriers.

One such instance is Global Sadaqah, an award-winning CSR, zakat and waqf management platform that works with religious bodies, foundations, banks, corporates and the public to increase the efficiency, sustainability and impact of social finance.

Just through its platform alone, you can donate RM320 to feed a family of five in Nigeria. There are other initiatives that support Malaysians, as well, such as this initiative to crowdfund for developmental screening in the community, more specifically children and families in urban PPR, the refugee community and families with issues.

5. Just dine-in—Ramadan is a great time to try new recipes 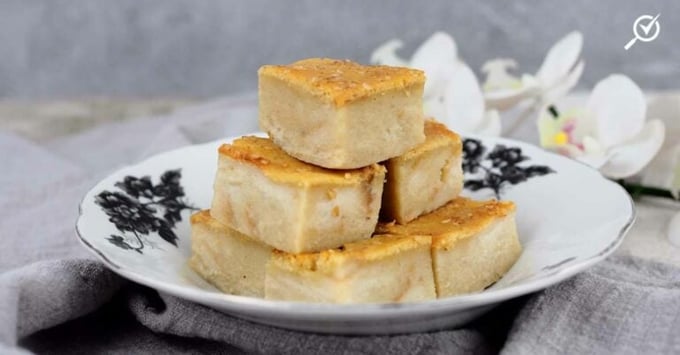 Always wanted to try a new recipe? Now is a great time to give it a go.

If you would like to avoid the usual crowds of Ramadan bazaars, you can always try cooking and exploring new recipes by yourself this Ramadan. Doing this will help change things up and satisfy your cravings.

Here’s our take for a recipe that you can try when breaking your fast or when having your sahur.

Try this classic North African and Middle Eastern dish called Shakshuka; you can have it for breakfast or any meal of the day. This dish consists of tomatoes, onions, pepper, spices, and eggs.

It’s also pretty easy to make and is similar to the Turkish dish 'Menemen' and to the Latin American breakfast dish 'Huevos Rancheros.' Here’s the recipe we found online.

6. But if you are going to Ramadan bazaars …. remember to adhere to the SOPs! 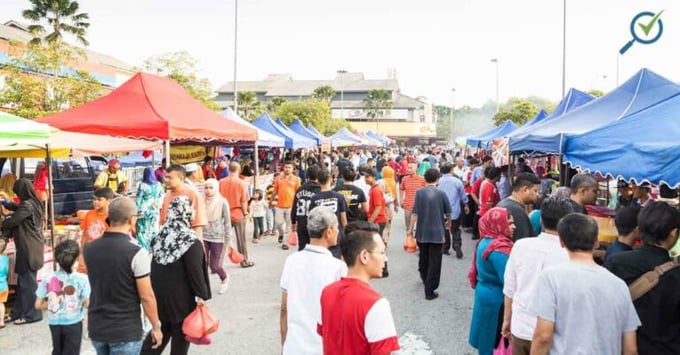 Though COVID-19 cases have been going down in recent weeks, you should still be vigilant, especially when going to Ramadan bazaars.

Though you can’t celebrate Ramadan with loved ones back in your hometown, you can still buy from your favourite Ramadan bazaar.

The Kuala Lumpur City Hall (DBKL) told the media that Ramadan bazaars will operate at 65 locations in the federal capital, with business hours expected to be 3 p.m. to 8 p.m. during the fasting month.

When visiting Ramadan bazaars near your house remember to:

DBKL said a total of 63 locations will be supervised by the organiser of the bazaar while City Hall itself will supervise the bazaars at Taman Tasik Permaisuri car park (near Kuala Lumpur football stadium) and Jalan 4/38 A Taman Sri Sinar, Segambut (Wisma Suhati).

Visitors to Ramadan bazaars are required to comply with rules set by the National Security Council, which include wearing face masks, scanning body temperatures and to check-in with the MySejahtera app.

However, not everyone will get to experience Ramadan bazaars this year as some states such as Kelantan have cancelled all Ramadan bazaars in the state following the recent surge in COVID-19 cases.

The beautiful month of Ramadan

To millions across the globe, Ramadan is the most awaited month of the year. It’s a time of worshipping, giving, and reflection of one’s values.

It’s more than the holiest time in the Islamic calendar—it’s that time of the year when more than 1.9 billion Muslims embark on a journey to be the best versions of themselves.