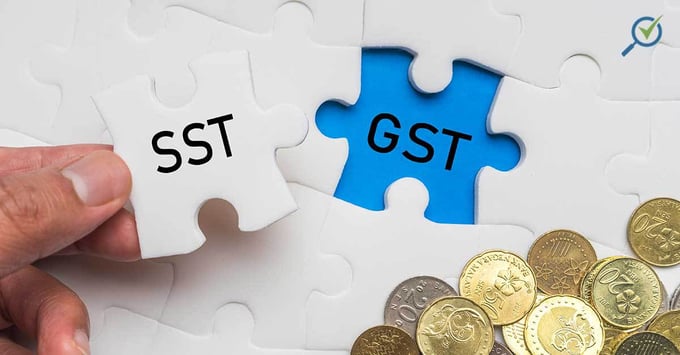 The reintroduction of the Sales and Services Tax (SST) will see its rate set at 10% for sales and 6% for services. This was announced by Finance Minister Lim Guan Eng on 16 July 2018, who informed that the Bill on SST will be passed in Parliament sometime in August.

GST has drawn quite a bit of flak over the years and public opinion is generally that GST has caused prices of goods and services in Malaysia to go up without the country seeing significant benefits to the additional tax revenue collected. For businesses, GST claim back on tax has been difficult, can be declined, and requires a minimum of RM500,000 in annual sales before being claimable. There are also middlemen who take advantage of GST to raise prices and use the tax as a convenient reason to make more money.

While SST will cause the government a tax revenue drop, estimated at RM25 billion, SST is seen as a less progressive form of tax and many countries have moved on to GST. Experts have said that prices should come down but there could be a mixed impact from the reintroduction. The sales tax is based on the manufacturing cost or import cost, while the service tax could cover a wider range of services, therefore a higher price or charges for services rendered on the whole.

The differences between SST & GST

The example below makes certain assumptions for simplification purposes, just to show the differences between SST & GST. 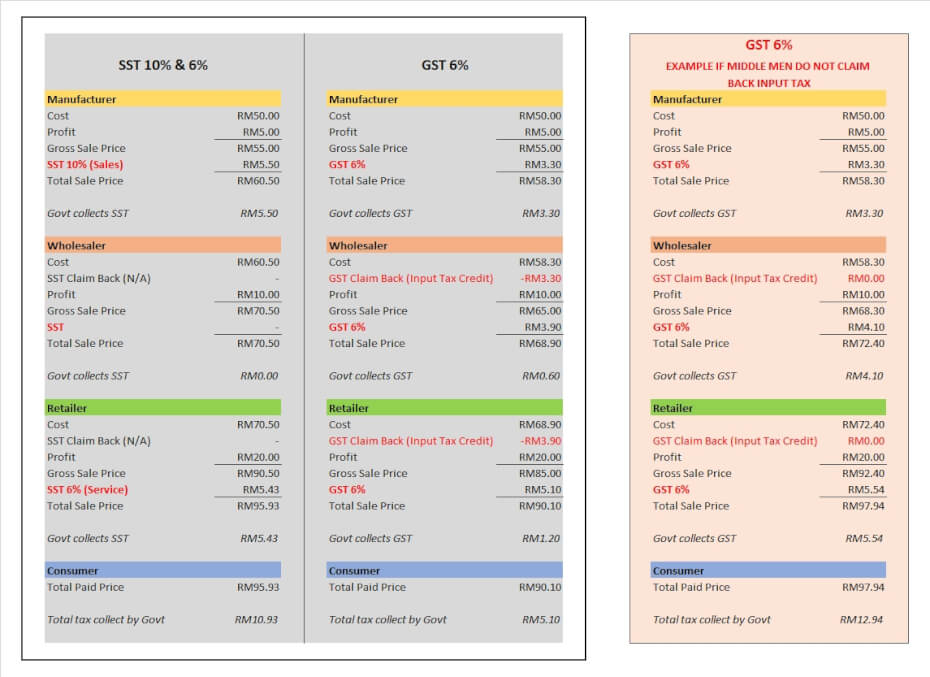 So depending on the SST coverage, consumers could be paying the same or slightly more for certain items. Overall, the tax burden will be reduced and that is the overall increase in disposable income for consumers. Depending on the types of goods and services that will be subject to the SST, the price impact will vary by income groups according to what is consumed.

Related: 7 Tax Exemptions in Malaysia You Should Know About

The abolishment of GST

As the new Pakatan Harapan government carries out its pledge of abolishing the goods and services tax (GST) and bringing back the sales and services tax (SST), many are still confused between the two. We put the 2 tax systems side-by-side as a quick comparison and lay it out easily for all to understand.

From 1st June - 31 August 2018, GST rate will be reduced to 0% from 6%. Now while many are celebrating this reduction of the GST rate, there is also a huge number that is mistaking it for the absolute dismissal of the GST altogether on the 1st of June. This is not accurate. The government has announced that the GST will be replaced and abolished by the SST on the 1st of September.

This is because as with all tax policies, the removal of the GST is dependent on our parliament repealing the GST Act of 2014 before it can be fully abolished. This also involves the changing of various tax reporting and filing protocols that have become commonplace since its introduction in 2015. 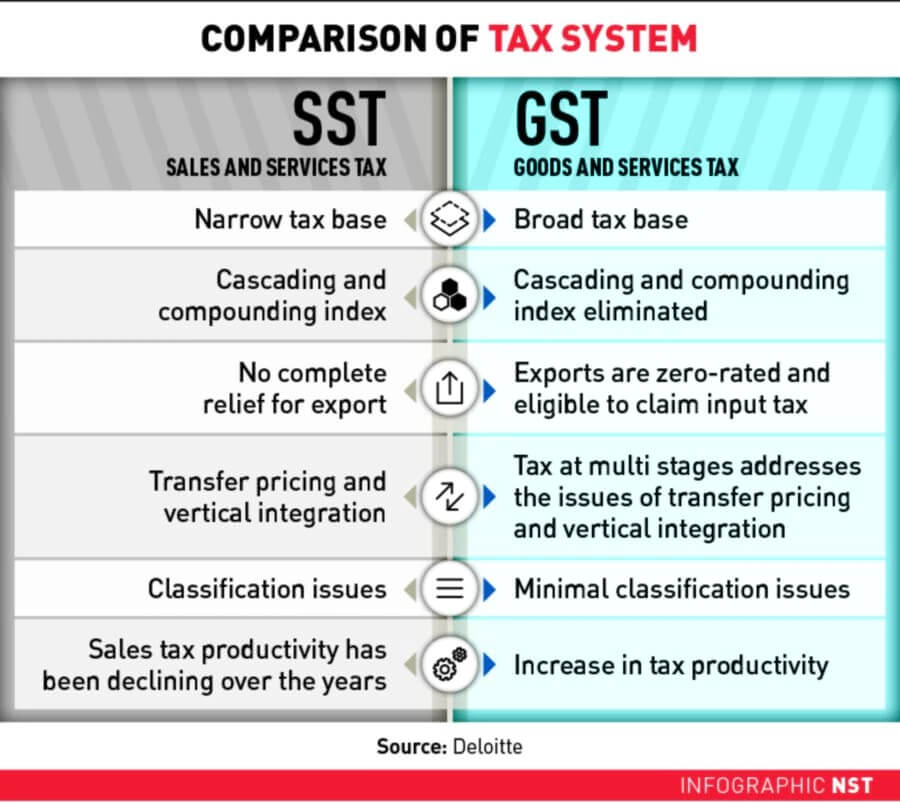 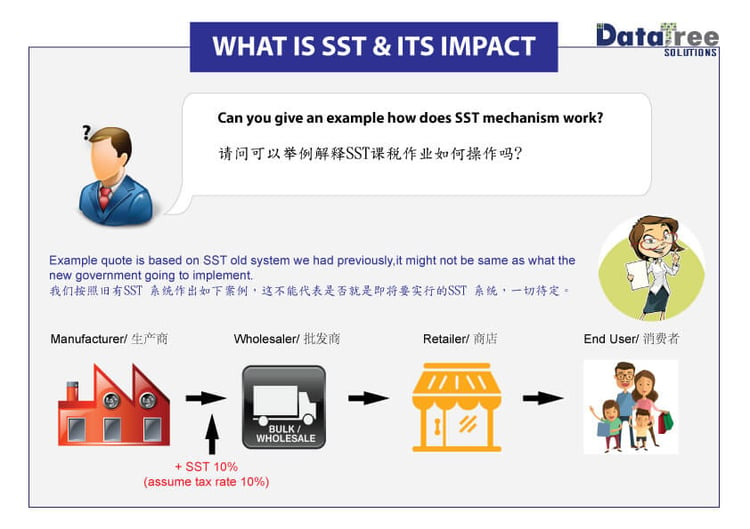 The Sales Tax is only imposed on the manufacturer level, the Service Tax is imposed on consumers that are using tax services. SST rates are less transparent than the GST which had a standard 6% rate, the SST rates vary from 6 or 10%.

GST covers everyone, retailers, and trades. The sales tax only covers manufacturers while services tax covers certain prescribed services like professional services. The suppliers could claim back the GST from the government, however, the government does not instantly refund the GST claims, causing issues for the companies operating cash flow.

“GST as you know covers everyone, retailers and traders. On the other hand, sales tax only covers manufacturers while services tax covers certain prescribed services such as professional services, so there must be a thought process on the transition to SST." - PricewaterhouseCoopers Taxation Services Malaysia (PwC) executive director and head of indirect tax Raja Kumaran

Related: Outstanding Income Tax Refunds in the past years?

The infographic shows a quick overview of the differences between the GST and SST:

So will prices of goods drop or increase?

The answer to this debate isn’t so straightforward, as it all depends on a number of factors such as:

Malaysians can expect prices to adjust differently based on the type of good or service, and that there is no actual certainty or predicted outcome that can be expected from this change—the only thing to do is to wait and see just the kind of rates our government will set for the upcoming SST, and what items will or will not be affected.