How Much Will A Divorce Procedure Cost You in Malaysia? 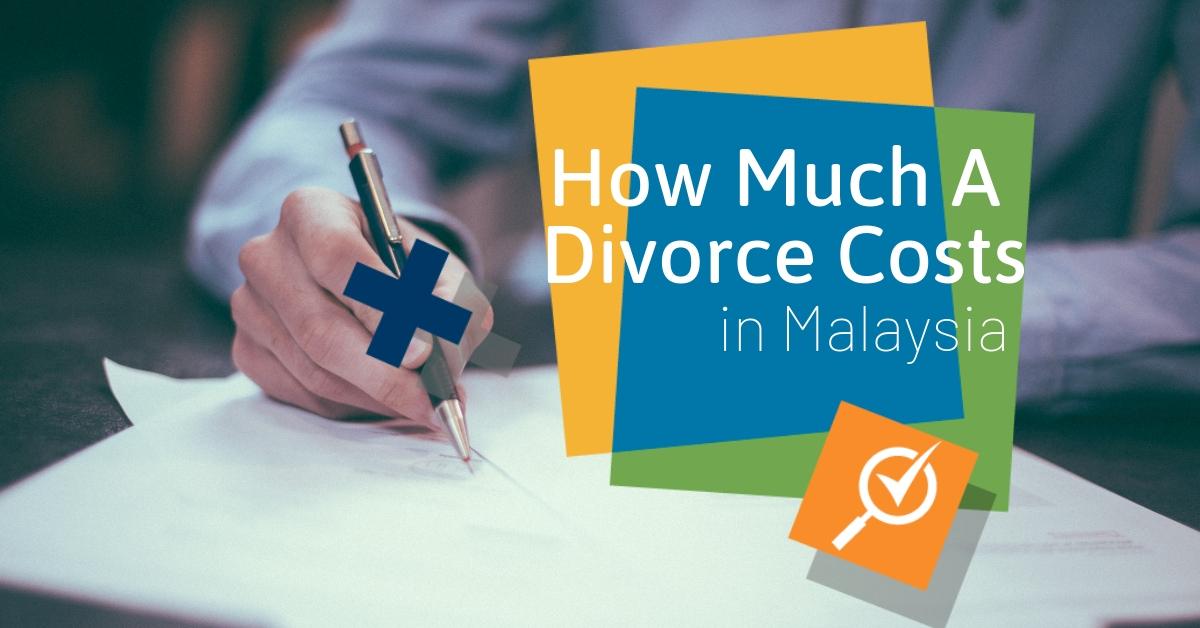 There have been many discussions about the rapid increase in cost for wedding these days. Yet, not many people talk about, or are even aware of, how much a divorce would cost them. Keep yourself informed by reading on.

Thankfully, it was reported in 2017 that the overall divorce rates in Malaysia have improved by 3.2 percent, from 51,642 (2016) to 49,965 (2017). There are a number of reasons for divorce in Malaysia such as financial problems, infidelity, key differences in raising children, and many more. However, divorce reasons are becoming more trivial based on a reporting by Star.

Of course, one does not get married thinking about a divorce, but it is still important to equip yourself with important details to protect yourself financially, should it ever happen to you. Here are some essential information you need to know about divorce in Malaysia.

How much will the divorce proceedings cost?

When it comes to the cost of divorce, there are two main factors to take into account, which are the court fees and legal fees. The court fees are fixed, but legal fees largely depend on the complexity of the case and a lawyer’s charges.

Therefore, it is not easy to determine the cost of divorce but understanding the difference between professional legal fees and court awarded costs (court fees) is important.  Do take note that there are different procedures for Muslim and non-Muslim couples, as Muslim divorce proceedings take place at the Syariah court.

You will have to file your divorce application or petition in court first before the divorce process can proceed. This comes with a court fee, which is separate from the legal fees and includes:

An estimate of legal fees

The more complicated a divorce case is, such as both parties disagreeing on the division of assets, financial support, or when children custody is involved, the more expensive the legal fees will tend to be. A lawyer’s fee can also depend on their seniority and level of experience.

Though you may not need to appoint a lawyer when filing for a divorce, this may be the advisable course of action when a Contested Divorce requires a court hearing. This will incur more cost, but at least you have a lawyer to guide you through the tricky process. Bear in mind however, each time your lawyer attends a court hearing, you will be charged, and this will increase the legal fees.

If the cost of engaging a lawyer worries you, you have the option of legal aid. In Malaysia, there are two main organisations offering legal aid. The first is The Bar Council Legal Aid Center, which was set up by the Malaysian Bar, and the second is The Legal Aid Department, which is under the Prime Minister’s Department.

Before you qualify for legal aid, you will need to undergo a couple of tests. The first test is an online test, known as the “means test” which determines if your financial capabilities fall within the necessary boundary. The second test is known as the “merits test” which basically weighs the merits of your case.

Nevertheless, a Mutual Consent Divorce (joint petition) will always cost less. This means that a couple mutually agrees to divorce; it will be less complex, and the legal fee incurred will be lower. In fact, if you can come to an agreement about financials, matrimonial assets, and the arrangements for children, you may not have to attend a court hearing at all, potentially saving you thousands of ringgits.

What are you entitled to from the divorce?

As for the division of matrimonial assets, that will be decided in Court. The Court can divide assets obtained during marriage by joint efforts of the spouses. In dividing the assets, the Court would consider the followings:

However, there may be other entitlements like alimony and child maintenance. Alimony is usually awarded to the wife and given by the husband, and this applies to both Muslims and non-Muslims, as well as child custody if the wife has been granted custody.

Under the Islamic law, Muslim women are entitled to:

Divorce cases may open a can of worms as both sides battle it out during the court proceedings, and it can also stretch on for years. As a result, the consequences of divorce is beyond the battles of assets but can also affect one’s psychology and morale, as well as the children involved. During or after the divorce procedure, some individuals may seek counselling and therapy which can cost between RM300 – RM400 per session (or more) at private psychologists.

Also consider the fact that you no longer have shared income, which means you will be shouldering your expenses separately from now on. Do review your monthly budget and spending to help you ease into adjusting to single income.

The cost for divorce could be the same amount you spend on the wedding, sometimes even more. Therefore, both spouses need to be educated on their rights and what they are entitled to if the unfortunate event such as divorce were to happen to ensure they will not be taken for a ride.

See also: The REAL Cost Of Raising A Child In Malaysia SME FINANCING PART 2: THE ONLY SUCCESS IS TO ADAPT AND KEEP APPLYING
Read More

SME FINANCING PART 1: THE ONLY CONSTANT IS GROWTH
Read More

SME FINANCING PART 2: THE ONLY SUCCESS IS TO ADAPT A...
Read More

SME FINANCING PART 1: THE ONLY CONSTANT IS GROWTH
Read More
Compare the best deals in just one minute!