Bantuan Prihatin Nasional 2.0: Here’s What You Need To Know 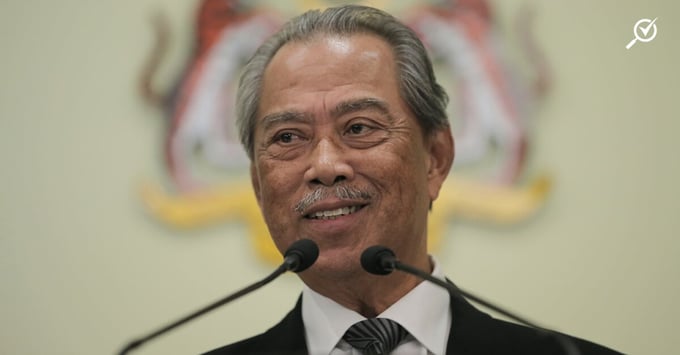 This article was first published on September 24, 2020 and has been edited and updated for accuracy and clarity.

In an effort to boost economic recovery and help Malaysians cope with the economic fallout of the COVID-19 pandemic, Prime Minister Tan Sri Muhyiddin Yassin today announced that the final payment of the Bantuan Prihatin Nasional (BPN 2.0), which was introduced last year, will be brought forward from Jan 21, 2021 onwards.

In a live telecast today, the prime minister stated that 11.1 million recipients will receive a total payment of RM2.38 billion.

During the same telecast, Muhyiddin also revealed the new RM15 billion Malaysian Economic and Rakyat's Protection Assistance Package (Permai). The prime minister said the additional package will include 22 new initiatives that are based on three main objectives, which are to combat the COVID-19 pandemic, safeguard the people’s welfare and support businesses.

Some of Permai’s key initiatives:

Under the Permai stimulus package, Muhyiddin stated that the loan moratorium will be extended, and the reduction of repayment instalments will continue to be offered by banks. As for PTPTN borrowers who are affected by COVID-19 or floods, they can apply for a three-month PTPTN loan repayment moratorium (the borrowers have until March 31, 2021 to submit their application).

The announcement has prompted an instant response from Bank Negara Malaysia (BNM), which stated via Twitter that loan takers can request repayment moratorium and this will not affect their Central Credit Reference Information System (CCRIS) records. (The CCRIS is a platform that compiles credit-related information on all borrowers of participating financial institutions in Malaysia.)

The moratorium extension is welcome news for a number of Malaysians, as BNM had previously received over 640,000 applications for the Targeted Loan Repayment Assistance (TRA) following the end of the initial six-month loan moratorium period on October 1 last year. The TRA, which was initiated on October 1, 2020 and later expanded upon during the tabling of Budget 2021, enabled borrowers to defer their monthly instalments for three months, or reduce it by 50% for six months.

Besides the loan moratorium extension, several new initiatives in the Permai package are also meant to aid the country in containing the COVID-19 pandemic, which has seen a rise in the number of cases with parts of Malaysia currently under the Movement Control Order (MCO):

BPN 2.0 is one of several initiatives under the RM10 billion Prihatin Supplementary Initiative Package (Kita Prihatin), which was announced by the prime minister in September 2020.

It's also the extension of the previous economic stimulus packages: PRIHATIN, PRIHATIN SME PLUS and PENJANA worth a total of RM295 billion, or about 20% of the nation’s gross domestic product (GDP), with an additional fiscal injection by the government totalling RM45 billion.

All in all, the package would greatly benefit those who are still finding it hard to cope with the negative effects of the pandemic. Here’s a breakdown of Bantuan Prihatin Nasional 2.0, and how you could benefit from it:

What is Bantuan Prihatin Nasional (BPN) 2.0?

BPN 2.0, an extension of previous economic stimulus packages, is a one-time off cash assistance for B40 and M40 households and individuals to cope with the economic effects of COVID-19. A total of RM7 billion has been allocated for BPN 2.0 which will benefit 10.6 million recipients.

So, how much can you get from BPN?

The distribution of BPN will be made in two stages: the first round of payment to be released at the end of October 2020, and another round will be made in January 2021.

How will BPN 2.0 be distributed?

BPN 2.0 will be distributed similar to how the original BPN was.

Those with credit failure (aka blacklisted and bankrupt individuals) or without a bank account may redeem their cash via Bank Simpanan Nasional.

What else should you know?

Besides BPN, the government also introduced the Wage Subsidy Programme 2.0 (worth RM2.4 billion) to assist employers and employees in sectors that are still adversely affected as well as the Prihatin Special Grant (worth RM600 million) to aid more than 200,000 micro-businesses across Malaysia.

According to Muhyiddin, as of September 11, a total of 2.63 million workers and 321,000 employers had benefited from the initial Wage Subsidy Programme, involving an expenditure of RM10.4 billion.

Applications for the Prihatin Special Grant will open from October 1 to 31, 2020. Muhyiddin also said payments are targeted to be made from November 25.

We will be updating this page from time to time where relevant, so watch this space if you would like to stay updated on further information from the Ministry of Finance.