Kevin Kwan’s novel-turned-film, Crazy Rich Asians, is now in our local cinemas and the lifestyle of the rich characters is one of the most lavish and decadent is one of the most stunning parts of the film. It’s the kind of life that most of us would dream of, or at the very least, play it out in The Sims series of video games.

The story and set-pieces laid out in the film isn’t constructed from the author’s figment of imagination or dreams, though. The characters, lifestyle, and even the houses are all inspired from the author’s own personal experiences. Being one of the great-grandsons of the founder of the OCBC Bank, Kevin Kwan’s had his fair share of the extremely lavish lifestyle in Singapore – only until he moved away to the United States at 12, where he would write his book.

A moment with @dior at the National Museum of Modern Art in Paris. This stunning fresco mural behind me is Raoul Dufy’s ‘The Electricity Fairy’, 600m wide and high. It depicts a mix of mythological and historical figures in electricity and science⚡????????????‍♀️

Malaysian twin sisters, studying in the UK – sounds like your everyday “comfortable” local. Except that the twin sisters aren’t your everyday persons. Rachel and Michelle Yeoh are the daughters of Tan Sri Dato’ Dr. Michael Yeoh, Executive Director on the board of directors for YTL Construction.

Rachel and Michelle Yeoh regularly attend fashion shows and events around the world and are on the British Fashion Council as part of their advisory and Fashion Trust – the department that allocates grants to designers and help place fashion students in the industry. They are also the first Malaysians to attend the 235th Queen Charlotte’s Debutante Ball which used to be royalty-only.

Sunset by the Sarawak River… #borneo

You’d probably be shocked if I told you that Princess Ezurin Khyra  is a mother of five – because she looks nothing like one. Also known as Datin Ezurin, the mother of five used to be a model and actress in the 1990s. She is married to Pahang royalty, Tunku Dato’ Yaacob Khyra.

Her Instagram is filled with pictures of her all decked out in the latest fashion (one picture shows her shoe collection, which looks more like a shop’s display!). She’s definitely not one to shy away from showcasing her taste for the high fashion and her lavish lifestyle.

Kane Lim is well known for his large collection of expensive shoes (some apparently cost upwards of RM40,000!) which he frequently showcases on Instagram. He is a fashion-graduate from California and he apparently started his own business when he was just 17 years old, making his first million by the age of 20. By the age of 27, he already has his own line of fashion apparels such as handbags and jackets – which we’re guessing is pretty successful as one of his followers on Instagram is Rihanna.

I woke up to one of the most amazing features in my life! My last trip to Paris was a very special one because not only was I there for couture week but I had been invited by @kevinkwanbooks who has now become a dear friend! He was doing a special ‘Crazy Rich Couture’ feature for Harpers Bazaar US and asked me if I would be interested in being a part of it. I had the honor of being featured alongside some of the most incredible and stylish Asian icons. I am beyond grateful to Kevin and the entire Harpers team for being such a dream to work with! I’m so incredibly proud of this project and would love for you to see it too! Grab the September issue of Harpers Bazaar US or click the link in my bio! ❤ @harpersbazaarus

Also known by her real name, Love Marie Payawal Ongpauco-Escudero, Heart is a Filipino actress, TV host, and visual media artist. The 33-year old is also considered to be one of the real crazy-rich Asians by Kevin Kwan himself! She’s the daughter of Reynaldo Evangelista Ongpauco of a Chinese-Filipino clan that manages the Barrio Fiesta Group of Restaurants and Maria Cecilia del Gallego Payawal whose family owns a sugarcane planation – clearly not of your typical descent.

The acclaimed actress and gifted artist not only have the skill and taste for the creative arts, but also a fine-eye for the for truly exclusive fashion. She regularly takes trips to Europe for their fashion shows and weeks.

While we don’t doubt that she possibly could’ve led a very “comfortable” life from the start, she made a name for herself by founding Guiltless an online store that sells pre-loved and off-season luxury items (some of the clothes sold there are from her own wardrobe too.)

Jamie Chua is another one of those cases where the age doesn’t seem to match the looks. The 40-year old mother of two is called the “Queen of Instagram” in Singapore and is considered part of the rich “kids” of Singpaore. Her path to the rich and lavish lifestyle stems from a divorce she had with Indonesian tycoon Nurdian Cuaca when she was a flight attendant.

She receives almost RM1.4mil in alimony payments monthly as the result of her divorce and she supposedly spends at least RM40,000 on beauty treatments a month to keep her youthful looks! Oh, and she has the largest Hermes Birkin handbag collection in the world. 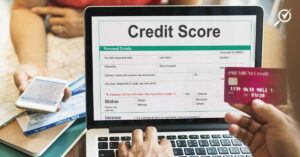 How Credit Cards Can Affect Your Credit Score
Read More 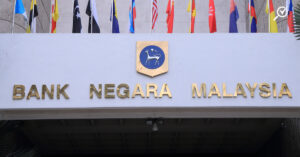 How Credit Cards Can Affect Your Credit Score
Read More

BNM Maintains OPR At 1.75% – What Does This Me...
Read More
Compare the best deals in just one minute!