BNM Maintains OPR At 1.75% - What Does This Mean For Malaysians? 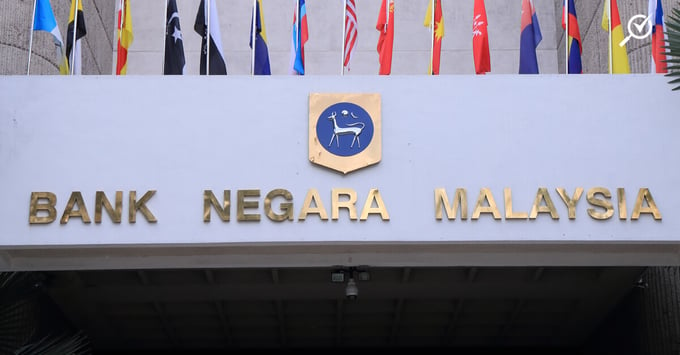 Bank Negara Malaysia (BNM) recently announced that it will maintain the Overnight Policy Rate (OPR) on 20 January 2021. But as a Malaysian, what does this mean for you?

If you haven’t already heard, Bank Negara Malaysia (BNM) has decided to maintain the Overnight Policy Rate (OPR) at 1.75%, the lowest level since it was implemented in 2004, following the Monetary Policy Committee meeting on Tuesday.

In a statement, BNM said the decision was made after latest indicators signal significant improvements in economic activity in the third quarter, further economic developments in 2020, and because inflation is expected to remain subdued.

“The reopening of production facilities has led to a resumption of manufacturing and trade activity. However, the recovery in the services sector has been slower. Financial conditions have improved, although risk aversion remains elevated. The outlook is still subject to downside risks and uncertainty, primarily due to the risk of a resurgence of the pandemic and weaker labour market conditions,” it said in a statement.

Though 2021 is projected to improve further, BNM states that it will be underpinned by the recovery in global demand, turnaround in public and private sector expenditure amid continued support from policy measures, and higher production from existing and new facilities.

“Nevertheless, the pace of recovery will be uneven across sectors, with economic activity in some industries remaining below pre-pandemic levels, and a slower improvement in the labour market. Downside risks to the outlook remain, stemming mainly from ongoing uncertainties surrounding the pandemic globally and domestically.”

So though the economy is slowly picking up again, what is OPR and what’s the correlation?

Essentially, OPR is an overnight interest rate set by BNM, and is the rate that borrowers have to pay to banks for borrowing funds.

OPR is also used as monetary policy direction - a macroeconomic policy laid down by the central bank - that involves management of money supply and also interest rate. It is also used by the government of a country to achieve objectives like reducing inflation, consumption, growth and liquidity.

Think of OPR this way - when it comes to money, most banks will lend out as much money as possible in terms of loans whilst maintaining the minimum cash required by BNM,  but in the event that cash withdrawal exceeds the amount of cash available in the bank, the particular bank will then need to borrow cash from other banks, and make an interest rate, which is where OPR comes in.

Alright, but why would BNM raise, reduce or maintain the OPR?

For some context, let’s go back in time. In July of 2016, BNM announced the reduction of OPR, which was then the first reduction to happen in seven years. The OPR reduction was done as a result of Britain’s withdrawal from the European Union (EU), or also known as Brexit.

Back then, the reduction in the OPR was mainly due to uncertainties in the global environment as those events could negatively impact Malaysia’s growth prospects. Generally, central banks tend to increase interest rates as a way to tackle inflation.

The key for central banks is to find the right balance: as long periods of low interest rates - though making it cheaper to get funding - could result in over-borrowing or a systemic slowdown, in turn, resulting in economic damage.

On the flip side, an increase of the OPR will lead to an increase in loan interest rates, meaning higher costs of borrowing, which can then also curb the accumulation of personal and household debts.

So what does an OPR increase (or decrease) mean for Malaysians?

And increases in both BLR and BFR could result in higher interest rates or profit rates for loans that are tagged to BLR or BFR. For example, assuming that a loan has a BLR at 6.60%. A 0.25% hike in OPR will then increase BLR from 6.60% to 6.85%.

From a micro perspective, an increase in OPR, will also increase interest rates, and vice versa

One of the biggest benefits of having low interest rates is that debt servicing charges are lowered significantly, likewise with loan instalments with variable interest rate loans.

Basically, this means that if you buy a big ticket purchase that requires financing help from the bank, you’ll get a much better rate when the OPR is low.

However, it’s not-so-good news for those who depend on the interest on their savings/current accounts and fixed deposits. With the lowered interest rates, the existing money in the bank will not grow like before (until the OPR increases).

The flipside of low OPR is high OPR and higher interest rates - which would result in higher fixed deposit interests, saving account interests, amongst others. Therefore if you have substantial savings, an increased rate will help you get more from your savings.

But higher interest could be bad, too, because your car will cost more, and servicing an existing housing loan may also cost more.

Regardless of a higher or lower OPR, knowing how to work around it is what matters the most

Ultimately, consumers will benefit just by understanding what is an OPR and its impact, irrespective of whether they are a borrower or depositor, or whether the rates are high or low.

And as with anything in life, the wisest thing you can do is to assess your situation first before you commit to anything new.

Our last piece of tip is to remember that there’s no such thing as a completely risk-free investment, so always do your own research or get help from a financial advisor to steer your finances in the right direction.