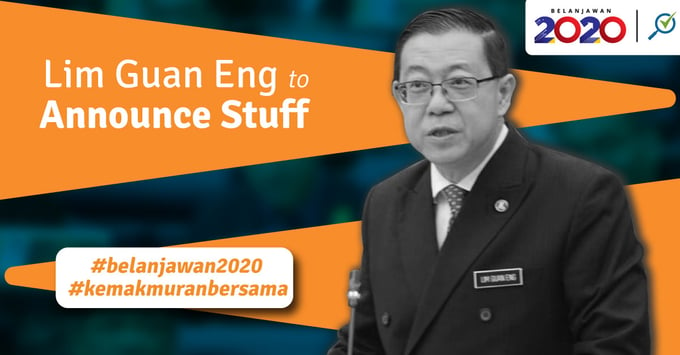 We've entered October and it only means that we get to see what's in store for us next year when Lim Guan Eng, our Minister of Finance presents the annual budget on October 11, 2019. The annual national budget has been one of the most anticipated events for Malaysians year in, year out as it covers the proposed government revenues to the new financial strategies to be implemented for the following year.

We all have our own wishes that may or may not come true. Are we going to see more tolls get abolished? Is GST making a comeback? Is our internet connection going to match that of South Korea's? Guess we'll just have to wait and find out. One thing's for sure, the theme set for Belanjawan 2020 is:

A few months ago, Lim Guan Eng shared several goals that will be the crux of Budget 2020. This will cover adequate medical care, better quality education, more job opportunities and improved wages, affordable homes, and freedom from unfair competition as well as monopolies.

Now, let's take one step at a time. Before we proceed, let's briefly run through some of last year's highlights. 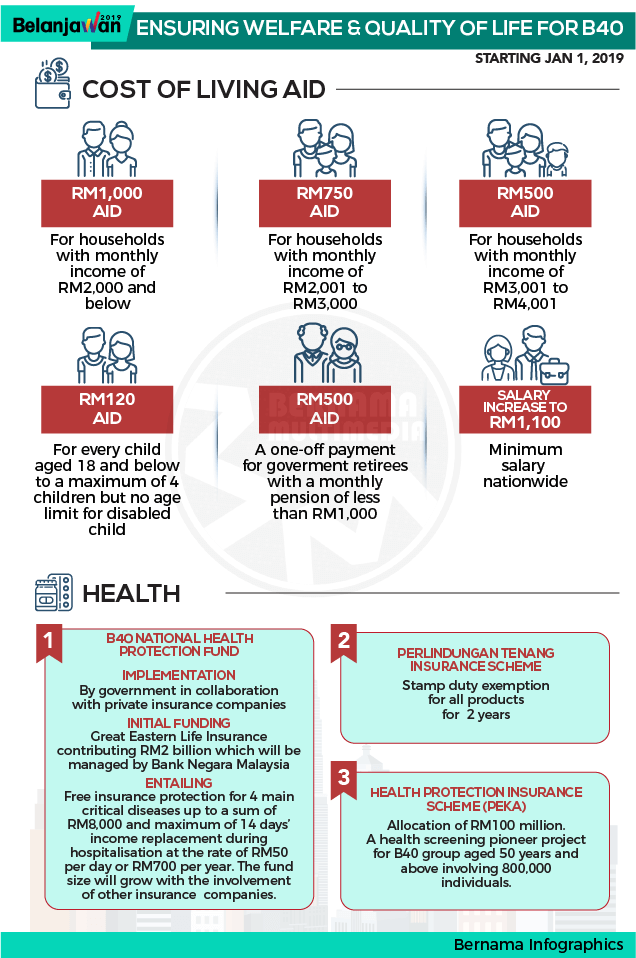 Ever since taking office, a lot has been on Pakatan Harapan's plate. They have been actively addressing the existing woes of the Rakyat, particularly in the creation of more jobs as well as ensuring the cost of living is brought down, albeit not an easy feat. Making its mark as the second budget of the Pakatan Harapan coalition, we're hoping some of the major concerns of the Rakyat will be addressed.

As we draw closer to the date of the annual budget presentation, the finance minister has shed some light on what Malaysians can expect to be covered. Let's take a look at some of the possible areas that may be addressed.

Bear in mind that external factors could also affect the outlook of the budget. With the two economic giants, US and China, the trade outlook seems poor. With the persistent turmoil in the Middle East, the unpredictable petroleum prices, the growing uncertainties of global climate changes including the damaging haze, and more — the prospects for economic as well as financial declines are becoming real.

But let's get into it anyway:

It wasn't too long ago when the government introduced the T20, M40, and B40 term to classify the different income groups in Malaysia. Addressing poverty in the upcoming budget includes targeting the B40 group which has a total household income of not more than RM4,000. This group is much impacted by the current hike in the cost of living and we're hoping more policies to elevate the lives of those under the B40 category will be implemented. The Budget 2020 has to come clear on this vital issue as the new poverty line will provide the basis for the budget's expenditure policies and allocations to fight poverty.

See also: The T20, M40 and B40 Income Classifications in Malaysia

While this issue has been in discussion for years, our minimum wage still remains at a lower level and it could still be raised appropriately and gradually to meet the decent living wage. As of now, the current minimum wage in Malaysia is set at RM1,100 — this has to rise in order to reflect higher standards of living as well as cost of living.

Check out a reference from the Big Mac Index infograph that has been published by The Economist below. This graph illustrates the measurement of the people's purchasing power between two currencies, and provides a test of the extent to which market exchange rates result in goods (in this case, a Big Mac burger) that costs the same across different countries.

This chart should give you an idea of how low our minimum wage is.

Malaysia is ranked as the top five least expensive in the world with only $2.20 for a Big Mac. This means the value of the Malaysian currency is sitting at the fifth lowest level against 48 other currencies. So with the Big Mac costing only $2.20 in Malaysia, while it means we have one of the highest purchasing power, it also means that we have the ability to spend the lowest among the other countries.

The Malaysian inflation rate has risen to 1.5% in August and should be contained. Here again, there should be different cost of living indexes for the poor. This would help more specific policies, projects and programs to alleviate poverty as well as to reduce the widening income gap. The income inequality gap between the rich and the poor has to be bridged if we believe in implementing the UN-inspired sustainable development goals (SDGs), especially pertaining to no poverty.

The world’s economy is now digitally-driven. It is critical that Malaysia takes the lead in key areas such as digital adoption, digital entrepreneurship, and innovation. Tech talent will help drive our nation’s Digital Economy forward.

Hence, the budget has to introduce new incentives to encourage, especially the small and medium industries to innovate and adopt newer technologies of the digital age — particularly as we advance towards Industry 4.0 and 5.0 in the future.

Let's go back to basics. Environmental challenges are threatening our future growth, income distribution and progress. It's about time we sort out our waste disposal. We even tolerate toxic industries that others reject. Surely, the budget has to come out with new proposals from the new government that could work towards more sustainable initiatives which involves renewal energy and waste management.

On a good note, Malaysia’s solar photovoltaics (PV) industry is on the rise thanks to strengthening government support. This is just one area that there has plenty of potential. There are other vital areas in this field such as information technology, agriculture, bio medicines, and more. Hence, why technical and vocational training as well as science and technology should be given more allocations in Budget 2020. What's equally important is the need to choose trainers on the basis of merit and real skills rather than to employ under-qualified teachers who can't perform satisfactorily.

Hospital charges could be adjusted to gain more revenue whilst still offering more affordable rates. How can we make access to healthcare and medicine more affordable for those who need it?

Apart from the much-dreaded digital tax, what else is in store for us? The Prime Minister had recently announced the need for implementation of new taxes in 2020, but however stressed that "it must not be a burden to the people". Despite the speculation on the reintroduction of GST, reports revealed that the PM said the government does not intend to reintroduce GST at the moment as frequent changes to the tax system would reduce confidence among investors.

We've had a fair share of long-standing debates when it comes to the implementation of taxes. How can we ensure the taxes do not burden the Rakyat but is implemented fairly across income groups?

See also: New Taxation Rates In Malaysia According To Budget 2019

We need to continue improving our country's business confidence if we intend to drive growth towards being one of the global financial hubs in the future. The culture of Malaysia is a unique one that appeals to many foreign and domestic investors due to our national unity, racial harmony, religious appreciation and more.

Too much politicking, racism and religious bigotry will only put off investors. Hence, we need to push forward genuine inclusiveness that includes just treatment to all state governments —  particularly to the power states of Sabah and Sarawak as promised in the M63 Financial Agreements.

Reality is that while there will be some gainers, there will be aspects that would not benefit as much. However, as long as the new Belanjawan 2020 strategy lives up to its theme of Shared Prosperity, we're on the right track towards becoming a united nation that is economically progressive and competitive yet robust and dynamic. The right budget initiatives will materialise in a nation that grows as one instead of selectively.

By the way, did you know that we'll be doing a live update on the national budget come October 11? Watch this space and you'll never miss a single announcement!